Here at Pesda Press we publish books for the adventurous. For us it’s all about conveying the author’s enthusiasm and knowledge to the reader, so you can get out there and get involved. Our own experience of the mountains, rivers and seas informs our editorial judgement, and we bring a wealth of coaching know-how to any project. 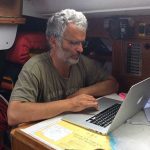 Franco is the managing director of Pesda Press which he founded after working for many years as a kayaking coach and a mountaineering instructor. His interests are sea kayaking, surfing, rock climbing, ski-mountaineering and cycling. He has paddled throughout the United Kingdom and in many parts of the world including Nepal, Scandinavia, the coast of Brittany in France, the European Alps, Peru and Western Canada. With his partner Kath he spent five and half years sailing to New Zealand via South Georgia and the Patagonian Channels.

Franco is managing Pesda Press, helped by a team of freelancers, based in North Wales with his partner Kath. 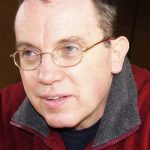 Don meticulously plots the many detailed maps which accompany our guidebooks. He resides on the Isle of Bute from where he runs his freelance cartographic service Bute Cartographics. Don’s skill and enthusiasm has earned him the Wallis Award for Cartographic Excellence by the Society of Cartographers.

Ros is a freelance copy editor and proofreader and member of the Society for Editors and Proofreaders. 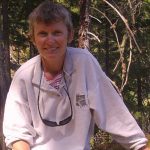 Heather combines proofreading with science teaching, trek leading in Morocco, and work with an educational consultancy in Wales.

Based in Aviemore, Heather’s scientific background, and interest in all aspects of travel, wildlife and outdoor adventures, gives her a broad base of experiences from which to draw. 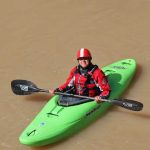 Vicky is a freelance graphic designer who does layout and design work for Pesda’s books. She lives in Snowdonia, and runs Victoria Barlow Design, her freelance creative content and design service.

As a slightly obsessive mountain biker and kayaker she has peddled and paddled all over the world, shredding the trails in Whistler, Moab and the Alps, and completing first descents of the Lohit and Brahmaputra rivers in India.